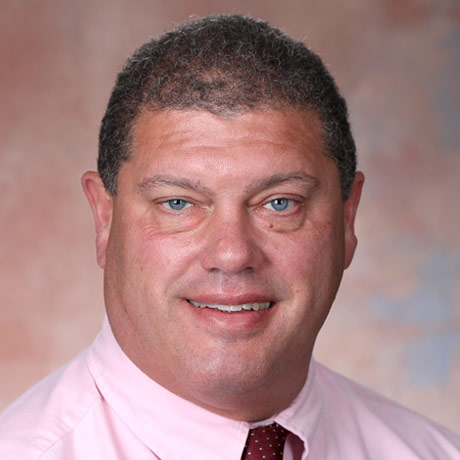 Associate Professor of Science and Technology

Department of Science and Technology

Paul A. Ullucci, Jr, PT, PhD, DPT, ATC, SCC, CSCS, EMR
Paul is an Associate Professor and Development Director for Bryant University's School of Health Sciences, Doctor of Physical Therapy Program. Prior to coming to Bryant, Paul acted as the Semester 1 Coordinator and Director of the Human Anatomy Lab at Sacred Heart University. Prior to Sacred Heart Paul was an Assistant Professor and Director of the Musculoskeletal Carte Clinic at California State University, Fresno. He and his team of faculty and 32 students provided more than $700,000 in probono services to the students and faculty of the University. As director of the Musculoskeletal Care Clinic, Paul was instrumental in developing an interdisciplinary Sports Medicine Clinic in which athletic training and physical therapy students worked side by side to evaluate and treat emergent sports injuries in non-varsity athletes on campus. Prior to joining academia, Paul owned his one private practice in Rhode Island providing physical therapy, athletic training and massage therapy services in East Providence, RI. Paul and his staff worked directly with the Providence Bruins hockey club, Providence Anchors ABA team as well as the student athletes of Brown University, Providence College and a number of local high schools, club sports teams and youth organizations.
Paul has published six peer reviewed article with colleagues and students. Paul has presented over 50 lectures to Physicians, Certified Athletic Trainers, Physical Therapists and other medical professionals on numerous topics at various national, regional and local conferences. Acting as a sports medicine content expert, Paul has been interviewed and quoted in numerous news media reports including radio, television, satellite radio, the Providence Journal, Weight Watchers Magazine and USA Today.
Paul’s current research interests focus on the evaluation and treatment of concussion, whiplash injuries, chronic headache, TMJ, spine, manual therapy, injury prevention and reducing workers compensation costs for businesses. Currently he is leading a multidisciplinary team to conduct a multisite study determining the prevalence of upper cervical spine dysfunction in those diagnosed with vertigo, dizziness, BPPV, concussion and post-concussion syndrome.
Paul is currently a member of the RIAPTA’s Legislative Committee. Previously he has served as the Treasurer of the Connecticut Physical Therapy Association and the Director of the San Joaquin Valley District of the California Physical Therapy Association. Paul is currently the National Athletic Trainers Association’s (NATA) liaison to the United States Bone and Joint Initiative (USBJI) and currently acts as USBJI’s Treasurer. Previously, Paul was elected NATA District 1 Director in 2010 and was appointed NATA Secretary Treasurer in 2012. Paul has also served as NATA District 1 Treasurer and President of the Easter Athletic Trainers Association (EATA). He has received the EATA’s Cramer Award in 2009 and was inducted into the EATA’s Hall of Fame the “49’ers club”. In 2015 he was recognized by the NATA as a Most Distinguished Athletic Trainer and received the NATA’s Athletic Trainer Service Award in 2010. Paul was inducted into the Rhode Island Athletic Trainers Association Hall of Fame in 2014.
Paul received his Bachelor of Science in Physical Therapy in 1991 from Northeastern University and has worked in outpatient physical therapy and sports medicine ever since. In 2009 Paul received his DPT degree from Rocky Mountain University of Health Professions and in 2014 was awarded his Doctor of Philosophy in Orthopedics and Sports Sciences by Rocky Mountain University of Health Professions. Paul lives with his wife, Judy, and their three children Victoria, Travers and Harrison. He is an Assistant Scout Master for Troop 45 and enjoys camping, hiking, woodworking and restoring his 100+ year old home.